A sick society - the Bible offers hope for the world 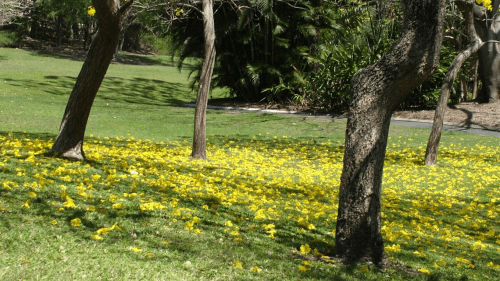 The remarkable achievements of science and technology over the last century have left many basic problems of society untouched.   Two thousand years ago there were problems of poverty, hunger, disease, cruelty and war.  Today these problems are still with us.

We are witnessing features in today’s society which suggest its growing instability and aimlessness.  There is developing a contempt for authority reflected in discipline problems in schools, and  amongst adults there is a shameless disregarding of law.  Personal discipline in social and sexual behaviour has been relaxed to the point of almost total abandonment.  Promiscuous sexual behaviour is recognised as a major cause of the frightening spread of AIDS and of other life-threatening diseases.   Appeals for chastity arise from various quarters, not because promiscuity is considered to be against God’s law, but because it causes the spread of disease!

Why has science made so little impact on all these problems?  They seem to be endemic to human existence itself.  They seem to be, but they are not.   Man has found no solution to them because he has ignored the instructions of his Maker, the God of heaven and earth and the author of the Bible, and few will humble themselves to give it serious consideration.

The early chapters of Genesis reveal man as a “very  good” creature placed with all that he needed in idyllic surroundings but subject to a law imposed by  God.   He broke this law and as a result he brought upon himself the following condemnation:

Thus saying, God set in motion conditions which were to characterise man's existence and which have never been arrested to this day.

Mankind in general has proved very averse to keeping God's laws.  The prosperous city of Sodom was peopled with men and women who did just as they liked, indulging in unlawful sexual practices.    For a short time, a righteous man called Lot lived in this place.  The Bible records of him that he was  “vexed with the filthy conversation (way of life) of the wicked” (2 Peter 2:7).   God warned Lot that He was about to destroy this city so that he escaped unhurt from it. The city was destroyed by an overwhelming conflagration and  has never been rebuilt.

The Apostle Paul describes a situation in New Testament times which may also sound very familiar to us:

“For this cause God gave them up to vile affections: for even their women did change the natural use into that which is against nature: and likewise also the men, leaving the natural use of the woman, burned in their lust one toward another; men with men working that which is unseemly, and receiving in themselves that recompence of  their error which was meet (or deserved)” Romans 1:26-27

Society's sickness is deep-rooted.  It goes back to the Garden of Eden.  But God offers a saving hand to those who would escape from it, just as He saved Lot from Sodom.

“The Lord knoweth how to deliver the godly out of temptations, and to reserve the unjust unto the day of  judgement to be punished” 2 Peter 2:9

The following appeal is to those who, like Lot, wish to be extricated from the prevailing sickness:

“Wherefore, come out from among them, and be ye separate, saith the Lord, and touch not the unclean thing; and I will receive  you, and will be a Father unto you, and ye shall be my sons and daughters, saith the Lord Almighty” 2 Corinthians 6:17-l8

What an invitation this is!  It can only be accepted by submitting to baptism into Christ Jesus and resolving to live in accordance with his commandments.   Such who accept it and strive to keep his commands join God's family, with Christ as its head.

When Jesus returns to this earth, those men and women who have been,

“redeemed to God out of every kindred, and tongue, and people, and nation” Revelation 5:9

“kings and priests and shall reign on the earth”  Revelation 5:10

Then, and only then, will society's sickness be healed - when Jesus will reign as King in Jerusalem with his companions,  who, like Lot, have accepted the saving hand of God to “come out, and be separate” from the world’s evil.