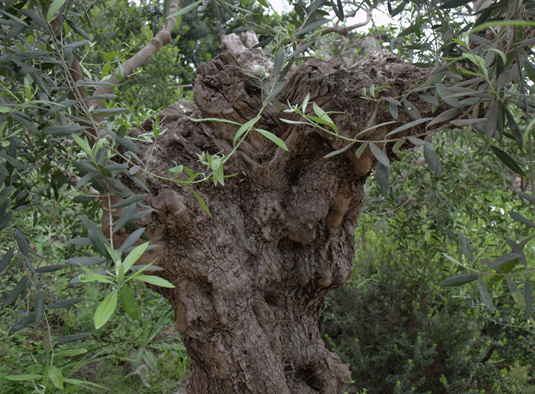 “Faith is the substance (or confidence) of things hoped for, the evidence of things not seen” Hebrews   11:1

Such is the Bible’s own definition of Faith: a confident anticipation of things hoped for, coupled with a firm conviction in the validity of the historical events recorded throughout its pages.

How can faith be attained?

It is obvious from the above quotation from the book of Hebrews that the Bible view of faith is not one of mere unquestioning loyalty, but rather a reasoned belief based upon knowledge of what is  written in the scriptures about the past and future. It follows, therefore, that before faith can be obtained, familiarity with, and an understanding of, the relevant facts are basic prerequisites. The apostle Paul demonstrated this when writing his letter to first century believers in Rome:

“Faith cometh by hearing and hearing by the word of God” Romans 10:17

This statement emphasises the fact that God is not expecting us to have blind faith, but rather to possess a conviction based upon  reason.  God has set forth His plan for mankind in His word, the Bible, and has left it on record for all to read and to learn about His intentions with the earth and its inhabitants.

The  pages of the Bible are filled with examples of men and women who lived their lives ‘in faith’, many of whom suffered severe persecution or death on account of their faith. For example, it is recorded of Moses that, because of his faith, he

“forsook Egypt..... choosing rather to suffer affliction with the people of God than to enjoy the pleasures of sin for a season” Hebrews 11:7, 23-27

The apostle Paul catalogues a long list of persecutions he endured on account of his faith (2 Corinthians 11:23-27).  In his old age he was able to say that he had “finished (his) course,” and had “kept the faith” (2 Timothy 4:7).  What was this faith that he and others like him protected so fiercely that they were prepared to suffer these things?

The apostle Paul records clearly the reasons why he endured such hardship.   When  brought before the Jewish Council, the Sanhedrin, he explained that for

“the hope and resurrection of the dead I am called  in  question” Acts 23:6

In defending his cause before king Agrippa, he said,

So it is clear that the faith cherished so dearly by Paul (and others) is bound up with God's plan concerning the nation of Israel, which he delivered in the form of promises, many years before Paul's time, to the Jewish patriarchs - Abraham, Isaac and Jacob.

0f these three men, it is recorded in Hebrews chapter 11 that they

“died in faith, not having received the promises (i.e., the fulfilment of them), but having seen them afar off and were persuaded of them and embraced them”. Hebrews 11:13

Clearly, the faith of these men was based upon knowledge of certain literal promises given to them by God and an assurance of their fulfilment (even though they died before any of them had been fulfilled).

God promised (amongst other things):-

It is evident from the very terminology used, that these men believed in very real promises.  Their hope was concerned with a very real and tangible land (of Israel) and all that was involved in an age-lasting inheritance in that land.   On the basis of these promises, Jesus taught that “the meek shall inherit the earth.” (Matthew 5.5).

Where do we come in?

“And these all (i.e. Abraham, Isaac, Jacob and many more), having obtained a good report through faith, received not the promises: God having  provided some better thing for us, that they without us should not be made perfect” Hebrews 11:39-40

God in grace and mercy has allowed time to continue before bringing these promises to their fulfilment, so that men and women right up to the present day may also be able to share in that glorious hope He promised so long ago.

Furthermore, He has left on record in His book full details of how earnest believers can fit  into His plan. In Galatians chapter 3, the apostle Paul expounds in detail the way in which true followers of Christ can become

“Abraham's seed and heirs according to the promise” Galatians 3:29

In his 2nd letter to the Corinthians, he teaches that Christ is the one through whom God's promises will be realised.

"For the Son of God, Jesus Christ, who was preached among you by us...was not yea and nay, but in him was yea. For all the promises of God in him are yea, and in him Amen, unto the glory of God by us." 2 Corinthians 1:20

Is there a need for faith in this modern world?

The cry of many charismatic groups and denominations is, “Just have faith and you will be saved”, signalling a relief from the pressures of this life and a secure entrance into  a future paradise of eternal bliss.  On the other hand, many can see only a bleak future ahead with ever increasing world-wide problems and threats, and therefore adopt a ‘let us eat, drink and be merry for tomorrow we die’ attitude.  For those who are genuinely concerned about their future well-being, there is a middle, and better, course.  It is to be found in God’s word, the Bible, and an anxious, enquiring reading of it will engender that faith without which it is impossible to please God.

"Without faith it is impossible to please him: for he that cometh to God must believe that he is, and that he is a rewarder of them that diligently seek him." Hebrews 11:6