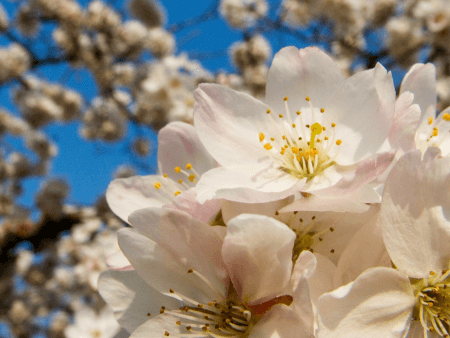 There are many people in our so-called Scientific Age who baulk at miracles because they think them "unscientific".  As a  result, the Bible is either dismissed as totally fraudulent, or attempts are made to "explain" its miraculous content on a  natural basis - for example the works of healing done by Christ are compared with modern methods of psycho-therapy.  The words used in the Bible to indicate the miraculous, fall into three groups thus:-

Greek: Dunamics = an act of power.

In the book of the Acts of the Apostles, all these ideas are combined in one sentence.

"Jesus of Nazareth, a man approved of God among you by miracles (dunamis) and wonders (teras) and signs (semeion) which God did by him.” Acts 2:22

We can see that this verse alone answers the question posed by our title - who did the miracles? - GOD.  Why? - to show that Jesus, by whom the miracles were done was "a  man approved of God."

No-one can deny that the universe is a  miraculous thing - i.e.  is a manifestation of POWER and ENERGY.  But whose power and energy? To the careful, unbiased reader of the Bible, the answer is God's  power. Consider the following passages.

"Ah Lord God.  Behold thou hast made the heaven and the earth by thy great power and stretched out arm, and there is nothing too hard for thee” Jeremiah 32:17
"Jesus looking upon them saith, With men it is impossible, but not with God: for with God all things are possible." Mark 10:27
"Is any thing too hard for the LORD? At the time appointed I will return unto thee, according to the time of life, and Sarah shall have a son." Genesis 18:14

It is illogical in the extreme, to believe in an omnipotent God and yet to deny that He is capable of changing His own laws of "nature" to perform an act of power i.e. a miracle.  The apostle Paul took the same point of view when speaking to the Roman king Agrippa.

"Why should it be thought a  thing incredible with you that God should raise the dead?” Acts 26:8

Yet the resurrection of Christ's body is one of the things over which scepticism stumbles.  It is useful to note that the miraculous events which in these days are ridiculed, were taken by Christ and vindicated the flood, (Luke 17:26) Jonah and the fish (Matthew 16:4)  and Adam and Eve (Matthew 19:4).

The Purpose of Miracles

Although miracles are recorded throughout the whole of Scripture, it is to be expected that Christ's  ministry and the mission of his apostles, should provide the greatest concentration of miraculous power.  The apostle John takes seven of Christ's miracles and calls them “signs” (Semeion) and at the end of his testimony says this:-

“And many other signs, truly, did Jesus...but these are written THAT YE MIGHT BELIEVE THAT JESUS IS THE CHRIST, THE SON OF GOD; and that believing ye might have life through his name” John 20:30-37

There is a twofold reason given here for the miracles of Christ - they demonstrated:

Miracles are never performed as an end in themselves or to make a spectacular display.  Christ's purpose was to lead men back to God whose plan with the earth everyone had forgotten and the miracles were his credentials that people may believe his WORDS.

Speaking of the work of the apostles after Christ's  ascension Mark says,

"And they went forth and preached everywhere, the Lord working with them, and confirming the word with signs” Mark 16:20

This is not peculiar to the New Testament for Mark's  words are a  quotation from the prophet Isaiah who, speaking of God, says,

"That confirmeth the word of his servant, and performeth the counsel of his messengers (or apostles).” Isaiah 44:26

God's  methods and ways do not change.  His great messenger Moses was being sent by God to Israel (who were in bondage in Egypt) with a  message of deliverance.  He protested to God that the people would not believe that he was God's  messenger,

“for they will say, The Lord hath not appeared unto thee.”  Exodus 4:1

God's  reply was to perform three miracles, instruct Moses to go to the elders of Israel and God would repeat these miracles,

“that they may BELIEVE that the Lord God of their fathers...hath appeared unto thee” Exodus 4:5-9

"And Moses and Aaron went and gathered together all the elders of the children of Israel: And Aaron spake all the words which the LORD had spoken unto Moses, and did the signs in the sight of the people. And the people believed: and when they heard that the LORD had visited the children of Israel, and that he had looked upon their affliction, then they bowed their heads and worshipped." Exodus 4:28-31

Miracles in the Future

In Acts 17 Paul, speaking to the philosophers of Athens, says these words,

“God hath appointed a  day in which he will judge the world in righteousness by that man whom he hath ordained: whereof he hath given assurance unto all men in that he hath raised him from the dead.”  Acts 17:31

Christ's  resurrection can be proved by a  careful examination of all the FACTS.

FACTS are awkward things to get rid of - they won't  go away.  Paul's  words make us think of the future when Christ will return.  That is the day all God's children, who worship Him in truth according to His Word, look forward to with joy.  This present age is not an age of miracles but a time is coming when we shall see again miracles of healing, done, not only in the land of Israel, but throughout the earth,

"The Lord hath made bare his holy arm in the eyes of all nations and all the ends of the earth shall see the salvation of our God." Isaiah 52:10