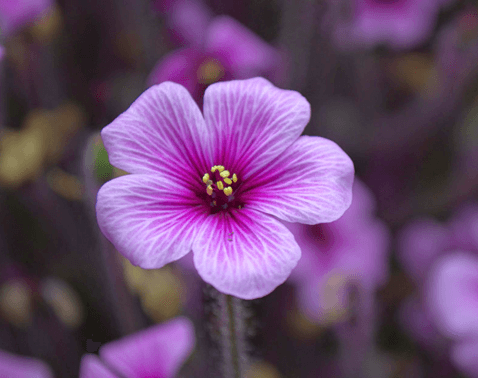 The next time you prick your finger and raise a tiny drop of blood - just pause for a moment and reflect.  That  red drop is a miracle.  Suspended in it are about 5 million red cells, each of which is a distinct living creature.  It is born, it works for about four months and then dies.  Thinly scattered among the red cells are about ten thousand white cells (of which there are five different types) which live only a few days. There  are  ¼ million floating specks called platelets and hundreds of different chemicals in solution (all mixed up in apparent confusion) - all this contained in one drop of blood!  Yet in the midst of seeming confusion there is order and purpose, for without this miraculous red liquid all flesh would perish. The Bible tells us why.

There is insufficient space in this booklet to explain in detail the differing functions of blood and its  wonderful chemical composition, but it is useful to reflect as follows - just a tiny drop of blood on your finger, yet when you examine it more closely it has a fascinating tale to tell.

The Bible is rather like that.   It is so well known that everyone takes it for granted.  Yet, very few people really  know what it is like inside and the people who know it intimately are its staunchest defenders.  They are convinced that, like the intricate wonders of nature all around us, the Bible bears the stamp of its Divine begettal.  God’s book is one of the many evidences that he exists.

The motto of one politician  is  this - “When you can’t reasonably answer an opponent - poke fun at him - the audience will laugh and forget he has a better case than you”.   Many people apply these tactics to Bible prophecy, yet Bible prophecy is right every time - unlike Old Moore’s Almanac - and Bible prophecy is a vital part of God’s message to mankind.   It is very good evidence that God exists for who, but God, who “rules in the kingdom of men” (Daniel 4:17), can tell “the end from the  beginning”?

“I am God and there is none else...declaring the end from the beginning and from ancient times things that are not yet done” Isaiah 46:9-10

So, God  gives  us proof  that  He exists, but expects us to read His Word to find it.

A tale of two cities

Two of the most splendid cities of the ancient world were Tyre and Babylon.  Babylon was the capital of the land  we now call Iraq.  The Bible stated that Babylon was to be destroyed, and to remain a collection of  ruins  - never again inhabited.  Tyre was also to be destroyed but in her case the very stones of the city were to be cast into the sea.

“And Babylon, the glory of kingdoms...shall be as when God overthrew Sodom and Gomorrah.  It shall never be inhabited neither shall it be dwelt in from generation to generation...it shall be no more inhabited for ever..... and Babylon shall become heaps” Isaiah 13:19-20.  Also read Jeremiah 50:39 and 51:26-37

Babylon, whose hanging gardens were one of the wonders of the ancient world, is just a vast deserted plain with here and there heaps of ruins. What a challenge to futurity these prophecies were! Most ancient cities have had other cities built  on top of them - but not Babylon.  Just as the prophecy said, “It shall never be inhabited” - all that is left are its stones!

Interestingly, Sadam Hussain attempted to rebuild Babylon. He even had bricks inscribed with his name, just like king Nebuchadnezzar is ancient times. Yet he has gone and the building work has ended - no great surprise when God has decreed that it will never be built!

“And they shall make a spoil of thy riches...and they shall break down thy walls, and destroy thy pleasant houses: and they shall lay thy stones and thy timber and thy dust in the midst of the water...I will make thee like the top of a rock; thou shalt be a place to spread nets upon: thou shalt be built no more” Ezekiel 26:12-14

History tells  how,  Alexander the Great wanted to subdue this island fortress, so he had a causeway built using the stones and timbers of the mainland city (which had been previously destroyed) as material.  He then marched his army over the makeshift access-road and sacked the island, making it bare like the “top of a rock”, and  today fishermen do indeed spread their nets upon it as the prophecy said.   You can see, even today, the pillars and pieces of  wall in the clear water of the sea.  By the way, the modern city of Tyre is on the mainland on a different site from ancient Tyre.  Anyone can visit the sites of these cities today and see how these prophecies have been precisely fulfilled.

On a number of occasions, Jesus reminded his disciples that their scriptures (i.e., the Old Testament) were full of prophecies about himself.  Here is just one example:

“Jesus took unto him the twelve (apostles) and said unto them, Behold, we go up to Jerusalem, and all things that are written by the prophets concerning the son of man shall be accomplished” Luke 18:31-33

He was not exaggerating. The things which happened to him in his life, his death by crucifixion (Psalm 22:16); his resurrection (Psalm 16:9-11); were all foretold in the Old Testament.  Dare we believe then, that God, the Creator, did not write this book? We ask you to judge impartially for yourselves.