How we got the Bible 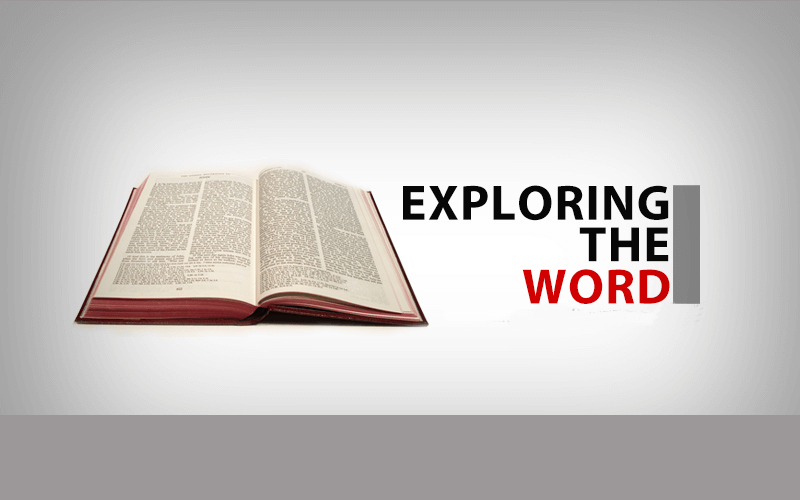 The Bible states very plainly that it is the word of God:

But how do we square that with the fact that our Bibles are in printed English? How did God’s word get from Him, some 3000 years ago, into the printed Bibles we own today? Well we can see in another article that it was by a process of ‘inspiration’ that the Bible was produced. Inspiration means ‘God breathed’ implying that God’s breath or Holy Spirit (2 Peter 1:20-21) guided his prophets as they were speaking. This caused them to speak and write God’s words rather than their own. Thus they acted as God’s messengers delivering His message to mankind.

Being a prophet of God was often a dangerous job, so what if those chosen by God didn’t want to pass on His word or write it down for fear of repercussions? It is quite understandable that they might decide to change bits of the message to make it more palatable to the hearers, meaning that what in fact we have in the Bible is not God’s word at all. Was such a thing possible?

These questions are all answered within the Bible narrative. The prophet Jeremiah in particular, reveals more precisely how he received the words of God and what he could and could not do with it,

“Then the LORD put forth his hand, and touched my mouth. And the LORD said unto me, Behold, I have put my words in thy mouth.” Jeremiah 1:9

Jeremiah made clear to his hearers that it was God’s word he was speaking to them by addressing his hearers as follows:

“Hear ye the word which the LORD speaketh unto you.” Jeremiah 10:1

Not only did the prophets of old times speak God’s words, but they also wrote them down, as Jeremiah further explains,

“Thus speaketh the LORD God of Israel, saying, Write thee all the words that I have spoken unto thee in a book.” Jeremiah 30:2

It was a failsafe method by which God made sure His word could not be changed. Jeremiah again explains that not only were words put into the prophets' minds, but that it was impossible for them to change them or hold them back even if they wanted to.

“Then I said, I will not make mention of him, nor speak any more in his name. But his word was in mine heart as a burning fire shut up in my bones, and I was weary with forbearing, and I could not stay.” Jeremiah 20:9

God was effectively in control of their ability to speak and write. This is, very simply, the process by which the books of the Bible were produced.

It was not just the Old Testament scriptures that were received from God in this way, but the New Testament was too.

The story of the Bible

The Old Testament scriptures were originally written (by the inspired prophets) between 1500 and 400 BC. Following various captivities of Israel by other nations, their language changed to that of their captors. For example when ruled by the Greeks there was an eventual need for a copy of the Old Testament in Greek. Around 320BC, 70 scholars were put to work translating the Hebrew scriptures into Greek. This work became known as the ‘Septuagint’ and is the earliest recognised translation of the Old Testament.

Another milestone was in the Roman era. When Christianity eventually became the official religion of the Roman empire there was a need for a copy of the Bible in Latin. The result was the work of Jerome completed in AD382, and known as the Latin Vulgate. This became the authorised version of the scriptures in the Roman world. The problem with this was that it was in Latin, something that the Church wrongly used to keep back the Bible’s message from the people.

Apart from these recognised translations, the ancient Hebrew manuscripts were simply copied down through the ages in a lengthy process over a period of hundreds of years, during which the Masoretic text was produced. This was a period of painstakingly accurate copying, during which a very ordered process and strict regulations were followed in copying. For instance, counting the number of occurrences of a specific letter in every line and every row, and counting the total number of letters on a page to name just a couple. By this process, the chance of any potential mistakes was removed and completely authentic scriptures were preserved.

It wasn’t until the 14th century that the real heroes of the English Bible’s story arose. John Wycliffe (14th century) was a priest in the church who recognized that the church’s teaching didn’t measure up to the Bible’s teaching. Wycliffe spoke both Latin and English so translated the Latin Vulgate into English.

William Tynedale was another priest, living a couple of centuries after Wycliffe. Tynedale was fluent in 8 languages including Hebrew and Greek. His translation of the scriptures was considered to be far more complete and fluent than Wycliffe’s and went on to become the basis of the King James version of the Bible. The Authorised Version (as it was otherwise known) was first published in 1611 and set the standard of English Bible translation, being a landmark in making the Bible openly available to all.

The test of time

Many critics argued for many years that the long chain of copying and translating would have made the scriptures inaccurate and error ridden. But in 1947 a very important discovery was made that in fact proved the very opposite – that our present day Bible text compares accurately with the most ancient records available. This fact was proven following an amazing discovery in Israel.

We refer to the discovery of what became known as the ‘Dead Sea Scrolls’. These were ancient scrolls of leather and papyrus contained inside 2 clay jars found by chance by a shepherd boy searching for sheep in a cave near the shore of the Dead Sea at a place called Qumran. These scrolls contain text from virtually every book of the Old Testament, including the complete Hebrew text of the book of Isaiah.

In order to settle the matter of exactly how old these documents were, the assistance of a nuclear physicist was sought who duly determined by Carbon 14 dating (a process by which accurate calculations of age of any once living organism can be made) that the flax from which the linen covering the scrolls was made was growing during the lifetime of Christ. The documents wrapped in it must therefore have been older still. After exhaustive and minute examination the papyrologists (one who studies ancient literature) came to the same conclusion, that the scrolls found in the cave of Qumran had actually been copied about 100BC.

This discovery therefore proved the English Authorised Version to be an accurate version of the scriptures of Jesus’ own day, and therefore an accurate revelation of God’s very own words.

As a final argument against those who claim the Bible has suffered from translation and copying errors despite the find of the Dead Sea Scrolls, consider the words of God through the prophet Isaiah:

“For as the rain cometh down, and the snow from heaven, and returneth not thither, but watereth the earth, and maketh it bring forth and bud, that it may give seed to the sower, and bread to the eater: So shall my word be that goeth forth out of my mouth: it shall not return unto me void, but it shall accomplish that which I please, and it shall prosper in the thing whereto I sent it.” Isaiah 55:10-11

God’s word wasn’t left on record as an academic exercise, but for a specific reason; to bring men and women to a knowledge of His purpose, that they might avail themselves of the wonderful hope it entails. Surely He would not allow translators and copyists to introduce critical errors and inaccuracies that would corrupt His word and lead the reader astray, as then it would not achieve what He intended it to!

So whilst there are occasional mistakes in various translations (which can always be identified and corrected through careful study), we can be confident that the Bible we have today is as accurate and relevant as it was when it was first recorded.

This has been but a very brief summary of the making of a marvellous book; an authenticated divine book that surely warrants a closer look!