The coming judgments of God 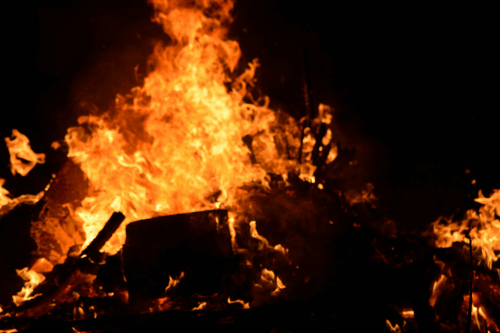 There was once a time on earth, spoken of in the Bible, when men scoffed at the idea of divine judgment. It was the time when the apostles went about preaching the gospel. Some responded by saying,

"Where is the promise of his coming (to judgment) for since the fathers fell asleep (died) all things continue as they were from the beginning of creation." 2 Peter 3:4

We can recognise these sentiments because they are also widely expressed in our own day. There is a widespread view that we are accountable to no-one but ourselves; that there is no God, or if there is, that He does not expect anything particular of us, and would not think of punishing us for disobedience to Him.

The God of the Bible

However, the God we read about in the Bible is very different from the popular impression of Him. Yes, He is very good; He is goodness itself, but He is also very severe.

“Behold therefore the goodness and severity of God; on them which fell, severity; but toward thee (obedient believers), goodness, if thou continue in his goodness: otherwise thou also shalt be cut off” Romans 11:22

"Everyone that doeth evil is good in the sight of the LORD and he delighteth in them; or, Where is the God of judgement?" Malachi 2:17

These were the disobedient among God's own people, the Jews. God said they must come into judgement and they did.

God's Judgments on the Jews

The Jewish people were greatly privileged to be given God's message in the Old Testament. They had God's law and with this privilege came the responsibility to keep it. They failed to do this and though God was patient with them for many years, the apostle Paul warned of impending judgments. He reminded his readers of God's previous judgments in the days of Noah, a judgment which the scoffers of his day conveniently forgot.  God then destroyed the world, corrupted by wickedness and violence, with a great flood.  He then goes on to show that the Jewish world was liable to an impending fiery judgment.

"But the heavens and the earth which are now, by the same word are kept in store, reserved unto fire against the day of judgement and perdition of ungodly men." 2 Peter 3:5-7

Shortly after this warning was given, Jerusalem was attacked by the Romans and there followed one of the most horrific sieges recorded in history. It was concluded, after the death of many of its inhabitants, by the burning of the city with fire and dispersion of the Jewish people throughout the world, where for nearly two thousand years, they have suffered persecution and terrible harassment. Thus God warned them of judgments and, most surely, they came!

God's Judgments on the Gentiles

Where do those of us who are not Jews figure in God's intentions? The apostle Paul writing to the believers in Rome said,

"(God) will render to every man according to his deeds: to them who by patient continuance in well doing .... eternal life; but unto them that are contentious and do not obey the truth, but obey unrighteousness, indignation and wrath, tribulation and anguish, upon every soul of man that doeth evil, of the Jew first, and also of the Gentile" Romans 2:6-9

Judgements come first on the Jews (because of their being first responsible) but then on the Gentiles when they hear God's law and become similarly responsible. Thus Paul when speaking to the Gentiles living in Athens said of their idolatrous ways,

"the times of this ignorance God winked at; but now commandeth all men every where to repent: because he hath appointed a day, in the which he will judge the world in righteousness by that man whom he hath ordained (Jesus Christ); whereof he hath given assurance unto all men, in that he hath raised him from the dead." Acts 17:30-31

This command has been on record for nearly two thousand years. We believe that Jesus must surely return to do as God has ordained and judge the world.  Just as surely as judgments came upon the Jews so will they come on the Gentiles.

How to Survive the Coming Judgments

As we have already observed, God is severe, but also “good” to those who carefully listen to His words, believe them and obey them. These words are freely available in the Bible for all to read. Christadelphians try to follow them and invite others to do the same. For those who do this, the coming judgments will not be feared but will mark a time when the earth will see better days, when men will learn to honour God and will prosper as a result.