The kingdom of God in the future - how it will work 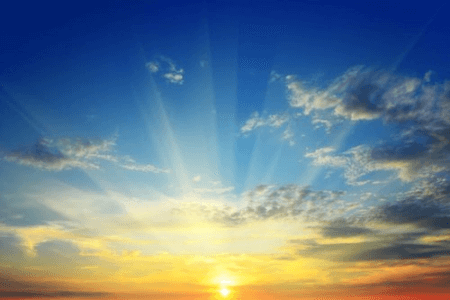 Ever since the fall of Adam in the Garden of Eden mankind has held sway on the earth. That is not to say that God has not been involved in the events that have unfolded, far from it. This is what we read in Daniel:

“…the most High ruleth in the kingdom of men, and giveth it to whomsoever he will…” Daniel 4:17

However, mankind has been preoccupied with setting up his own kingdom, most often in opposition to God’s will, certainly taking little or no account of God in his affairs. God has allowed this to happen for a long time but the day will come when He will intervene and set up His own kingdom in its place.

The kingdom of men

In Daniel chapter 2, we read about a king of Babylon called Nebuchadnezzar. He had a dream in which he saw a statue of a man made of different metals. He was troubled when he awoke because he had experience a troubling dream but did not know what it meant. He called for his wise men and demanded that they tell him both what he had dreamt and what it meant. Of course, they could not.

However, there was man called Daniel who was able to, a man from the nation of Israel who had been taken captive by the Babylonians. He appealed to God to give him the information required by Nebuchadnezzar, which God duly did.

Daniel told the king that the statue of which he had dreamt represented a series of empires. It had a head of gold, chest and arms of silver, belly and thighs of brass, legs of iron and feet part of iron and part of clay. Each metal represented a different empire of the past, beginning with the empire of Babylon over which Nebuchadnezzar ruled, right down to the present day. Our times were represented by the feet - a mixture of nations, part strong and part weak. Daniel then reminded the king that a stone was cut out of a mountain without hands which struck the statue on its feet. The statue fell and was ground to powder by the stone. The stone then grew into a great mountain which filled the whole earth.

The kingdom of God to come

This statue represented the kingdom of men. Its fall will take place when God sends his son back to the earth (represented by the stone) to set up his kingdom and to remove from power the existing kingdom of men – a kingdom made up of all the nations of the earth. This is what Daniel told king Nebuchadnezzar:

“And in the days of these kings [represented by the feet] shall the God of heaven set up a kingdom, which shall never be destroyed: and the kingdom shall not be left to other people, but it shall break in pieces and consume all these kingdoms, and it shall stand for ever.” Daniel 2:44

When telling a parable to the people of his day Jesus linked himself with the stone spoken of by Daniel:

“And whosoever shall fall on this stone shall be broken: but on whomsoever it shall fall, it will grind him to powder. Matthew 21:44

In the book of Revelation the same event was also foretold and ties the establishment of God’s kingdom and the reign of Christ together:

“And the seventh angel sounded; and there were great voices in heaven, saying, The kingdoms of this world are become the kingdoms of our Lord, and of his Christ; and he shall reign for ever and ever.” Revelation 11:15

During his three and a half year ministry Jesus travelled around the land preaching the gospel of the kingdom of God. He also taught his disciples about it. Not surprisingly, therefore, just before he was taken up into heaven, his disciples asked him

“…Lord, wilt thou at this time restore again the kingdom to Israel?” Acts 1:6

To which Jesus replied,

“It is not for you to know the times or the seasons, which the Father hath put in his own power.” Acts 1:7

How it will work

They were not told when the kingdom would come, and we remain in the same position. It was not set up at that time, just as it hasn’t been set up in our day, but we can be confident that it will be one day, and when it is it will be constituted in the same way as the kingdom of God was in the past. It will comprise of the same elements we considered in the previous article in this series

This will be God’s kingdom ruled over by Jesus Christ from David’s throne. The people over whom he rules will be the Jews and the territory of the kingdom will be the land of Israel as the disciples clearly expected as Acts 1:6 indicates. The government will be formed by immortal men and women who have been afforded this privilege because of their obedience to God during their mortal lifetime; and the law, as we might expect, will be God’s law, just as it was in the past (Revelation 5:9-10).

God is the Great Creator of the heavens and the earth. He made all things with a purpose in mind. This He told Moses about as recorded in Numbers 21:

“…as truly as I live, all the earth shall be filled with the glory of the LORD.” Numbers 14:21

This state of affairs cannot become a reality while the kingdom of men, directed by the laws of men exists. However, when Jesus comes he will rule over all people of the earth as Revelation 11 tells us. He will govern by God’s laws which means that everyone on the earth will know about God, recognise what great things he has done and glorify him as He deserves.

“For the earth shall be filled with the knowledge of the glory of the LORD, as the waters cover the sea.” Habakkuk 2:14

This marvellous state of affairs will come to the earth and it will bring with it great blessing for all those who embrace it. We can be absolutely sure about this because of what Daniel told Nebuchadnezzar in Daniel:

“…the great God hath made known to the king what shall come to pass hereafter: and the dream is certain, and the interpretation thereof sure.” Daniel 2:45