The kingdom of God in the past 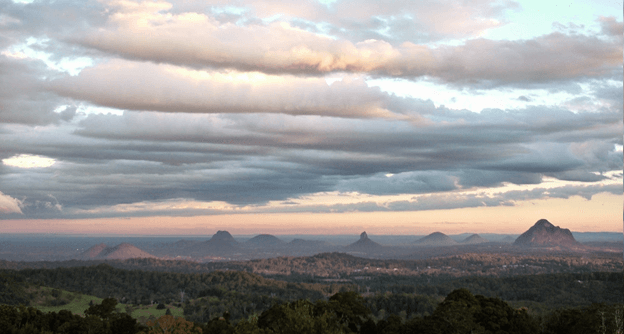 A promise made long ago

Many years ago, God made promises to a man called Abraham because of his faith. Amongst other things, God promised that from him would come a great people. Those people were the Jews. God told them, because of the promise He had made to Abraham, that they would be a special people to Him (Deuteronomy 7:6-8), and they would be greatly blessed. One of  His promises was that He would give them the land of Canaan (Israel) for an everlasting possession. He made a covenant (a pact) with them that they would receive these blessings so long as they kept their side of the agreement and were obedient to Him.

“...if ye will obey my voice indeed, and keep my covenant, then ye shall be a peculiar treasure unto me above all people: for all the earth is mine: and ye shall be unto me a kingdom of priests, and an holy nation... And all the people answered together and said; All that the Lord hath spoken we will do.” Exodus 19:5-8

God’s side of the covenant was that He would set up a kingdom and this was to be established in the land promised to Abraham.

More than two hundred years after Abraham’s time the Jews travelled to Egypt when there was a famine in the land. Later they were made slaves by the Egyptians but after they appealed to God for help, He sent Moses who led them out of Egypt to the land of Canaan. It was when the Jews entered that land that the kingdom came into being. Just like any other kingdom, there were certain requirements to constitute it as such. These were:

God’s kingdom in the promised land

All these elements existed when God set up His kingdom in the land of Israel. Because this kingdom was the kingdom of God, all its elements were appointed by him. He was the king; the people were His chosen people of Israel; the territory of the kingdom was His land which He gave to His people; the judges were appointed by Him; and the law was His law.

The kingdom of God existed in this form for about four hundred years until the time of Samuel who was the last judge of the kingdom. In his days, when the Lord God was their king (1 Samuel 12:12), the people demanded a human king to reign over them. This was a serious mistake but they had seen the kings of other nations and wished the same for themselves. Samuel was greatly distressed at their demand but God informed him that their request should be granted, saying:

“Hearken unto the voice of the people in all that they say unto thee: for they have not rejected thee, but they have rejected me that I should not reign over them.” 1 Samuel 8:7

God chose Saul to be their king but he proved disobedient and so the royal house did not continue in his line. The throne passed to David whom God described as

King David sat on the throne of God as did Solomon, his son:

“God hath chosen Solomon my son to sit upon the throne of the kingdom of the LORD over Israel.” 1 Chronicles 28:5

So although human kings were appointed to rule over Israel, the kingdom of Israel remained God's kingdom.

David was a significant figure in the history of Israel and especially in the sight of God. So pleased was God with him that he made a promise to him concerning the kingdom over which he ruled:

This promise was clearly very significant as it referred not just to David’s day but to a time far into the future. It also had tremendous implications for David himself as he was told that not only would it last for ever, but that it would be established in that form “before him” - in his presence.

Having been established with a human king, the kingdom of Israel continued in that form for hundreds of years. However, when the people turned from obeying God to wickedness and idolatry, God overturned His kingdom and scattered both king and people out of the land. This was not to be the absolute end however, for at the same time He made a promise that the very same kingdom that He was overturning would be restored once again in the future, at which time His appointed king would rule over it. We read of these things in words spoken by God to Zedekiah, the last of the kings:

All the scriptures speak of this restoration in the future when a great king will sit on the throne of God and rule in his kingdom. For example,

“He shall be great, and shall be called the Son of the Highest: and the Lord God shall give unto him the throne of his father David: and he shall reign over the house of Jacob for ever; and of his kingdom there shall be no end.” Luke 1:32-33

This is how David’s throne will be established for ever “before him”. Jesus Christ is the one appointed to be the next king of Israel – the son of David and son of God.

The hope of all true Christians

All true Christians await the return of Christ to re-establish the kingdom of God:

“And he [God] shall send Jesus Christ... whom the heavens must receive until the times of restitution of all things, which God hath spoken by the mouth of all his holy prophets since the world began.” Acts 3:20-21

God's kingdom will certainly come and then there will be:

“Glory to God in the highest, and on earth peace, good will toward men.” Luke 2:14

This is the message of the gospel; the message Jesus and his disciples preached and which has been written down in the Bible for our information and salvation. It is God’s invitation to all people to be part of that glorious order of things in the future.