The solution to pain and suffering 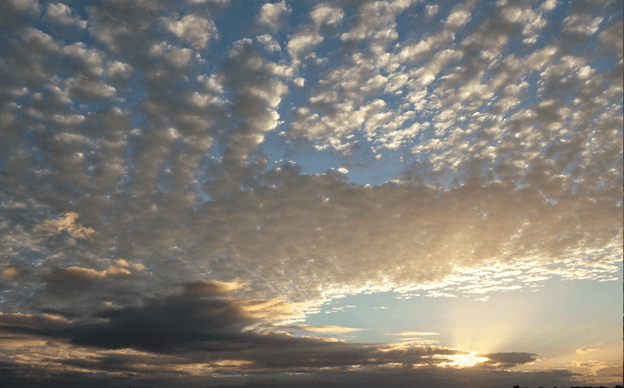 Many people find it impossible to believe in God at all when they consider the different forms of suffering in the world.  “If there is a God why does He allow the creatures He has made to suffer and die?”  Only the Bible, God's revelation to mankind, can answer this question.

Part of the answer to our question lies in the past, part lies here in the present and part is concerned with the future - with the world of tomorrow.  The first three chapters of Genesis are concerned with the entrance of sin into a sinless world - and the consequences of sin which have affected all mankind down the ages.  Adam's disobedience to God's command brought the punishment God had forewarned, which was death.

"And the LORD God commanded the man, saying, Of every tree of the garden thou mayest freely eat: But of the tree of the knowledge of good and evil, thou shalt not eat of it: for in the day that thou eatest thereof thou shalt surely die." Genesis 2:16-17. Compare the serpent's words Genesis 3:4
Following this,  God spelt out to Adam and Eve the form this punishment for deliberate disobedience would take.
"Unto the woman he said, I will greatly multiply thy sorrow and thy conception; in sorrow thou shalt bring forth children; and thy desire shall be to thy husband, and he shall rule over thee. And unto Adam he said, Because thou hast hearkened unto the voice of thy wife, and hast eaten of the tree, of which I commanded thee, saying, Thou shalt not eat of it: cursed is the ground for thy sake; in sorrow shalt thou eat of it all the days of thy life; Thorns also and thistles shall it bring forth to thee; and thou shalt eat the herb of the field;  In the sweat of thy face shalt thou eat bread, till thou return unto the ground; for out of it wast thou taken: for dust thou art, and unto dust shalt thou return." Genesis 3:16-19

"Whosoever committeth sin transgresseth also the law: for sin is the transgression of the law." 1 John 3:4

Because Adam chose to disobey God, we, as Adam's children, inherit his sinful tendencies, so we too must suffer and die.

"Wherefore, as by one man sin entered into the world, and death by sin; and so death passed upon all men, vfor that all have sinned." Romans 5:12

The different kinds of suffering

People are apt to forget that much of the suffering in the world is caused by man himself.  True, God created certain illnesses and death in punishment for sin, but man invented torture, the concentration camp, the gas chamber, the nuclear bomb and all the weapons of destruction.  It was a supreme tragedy when Adam sinned but God had a plan of salvation ready to bring great ultimate good out of disaster and, in this plan, suffering plays an important part.  Although it was necessary to sentence man to death as a sinner yet God makes it clear in His word that He has made a way of escape from this part of the punishment.  In effect, God says that those who CHOOSE to love and obey Him will, one day, be raised from the dead and shall live for ever - WITHOUT SUFFERING.

When men create something - the car for example - the component parts are inspected to see if they are the correct size and shape and free from hidden flaws.  Some fail to pass the test and cease to exist as components.  Death acts like this in the human race.  Those who disobey God cease to exist in death, like the machine parts that were no use for the finished product. look at the following examples.

"The LORD preserveth all them that love him: but all the wicked will he destroy. Psalm 145:20
"Whoso despiseth the word shall be destroyed: but he that feareth the commandment shall be rewarded." Proverbs 13:13
“The man that wandereth out of the way of understanding shall remain in the congregation of the dead”. Proverbs 21:16

We have seen the reason for suffering and that much is man-made because man is sinful.  There is, however, some for which God is mercifully responsible.  Sometimes suffering serves a useful purpose, for example,  pain, which warns us something is wrong.  There are people who don't feel pain and the result is they damage their bodies without realising it.  But God uses suffering as a training ground for character forming.  If it did not exist there would be no room for courage or compassion nor opportunities to demonstrate our love for God by self-sacrifice for the good of others.

Though he were a Son, yet learned he obedience by the things which he suffered. Hebrews 5:8
Likewise those who serve God must learn in the same way.
"And ye have forgotten the exhortation which speaketh unto you as unto children, My son, despise not thou the chastening of the Lord, nor faint when thou art rebuked of him: For whom the Lord loveth he chasteneth, and scourgeth every son whom he receiveth. If ye endure chastening, God dealeth with you as with sons; for what son is he whom the father chasteneth not? But if ye be without chastisement, whereof all are partakers, then are ye bastards, and not sons. Furthermore we have had fathers of our flesh which corrected us, and we gave them reverence: shall we not much rather be in subjection unto the Father of spirits, and live? For they verily for a few days chastened us after their own pleasure; but he for our profit, that we might be partakers of his holiness. Now no chastening for the present seemeth to be joyous, but grievous: nevertheless afterward it yieldeth the peaceable fruit of righteousness unto them which are exercised thereby. Hebrews 12:5-11
However, there are many people whose sufferings appear to serve no purpose in God's plan - people who have may never heard of Jesus and salvation.  Some people suffer famine, others may be caught up in a terrorism incident - people can be in the wrong place at the wrong time..  These people are not being prepared to be fit to inherit God's kingdom.  The Bible again has the answer.  God has created a world subject to certain natural laws, where a measure of suffering is bound to come sooner or later.  This uncertainty in life is explained by Solomon.
"I returned, and saw under the sun, that the race is not to the swift, nor the battle to the strong, neither yet bread to the wise, nor yet riches to men of understanding, nor yet favour to men of skill; but time and chance happeneth to them all. For man also knoweth not his time: as the fishes that are taken in an evil net, and as the birds that are caught in the snare; so are the sons of men snared in an evil time, when it falleth suddenly upon them." Ecclesiastes 9:11-12

The Bible tells us that God is planning a glorious future for this world of sorrows.  Christ is going to return to set up God's kingdom here on earth.  In that day all God's people will be given eternal life and will live in a peaceful world where the need for suffering no longer exists.  In that day the prayer of Christ will be answered,

“Thy kingdom come, thy will be done on earth as it is in heaven” Matthew 6:10
"And the seventh angel sounded; and there were great voices in heaven, saying, The kingdoms of this world are become the kingdoms of our Lord, and of his Christ; and he shall reign for ever and ever." Revelation 11:15

For the children of God in that day there will no longer be a problem of suffering, for God, for Christ's sake, will forgive their sins, because they have acknowledged their sinfulness and CHOSEN to strive to love and obey their Maker

"And I heard a great voice out of heaven saying, Behold, the tabernacle of God is with men, and he will dwell with them, and they shall be his people, and God himself shall be with them, and be their God.  And God shall wipe away all tears from their eyes; and there shall be no more death, neither sorrow, nor crying, neither shall there be any more pain: for the former things are passed away." Revelation 21:3-4