The value of the Old Testament 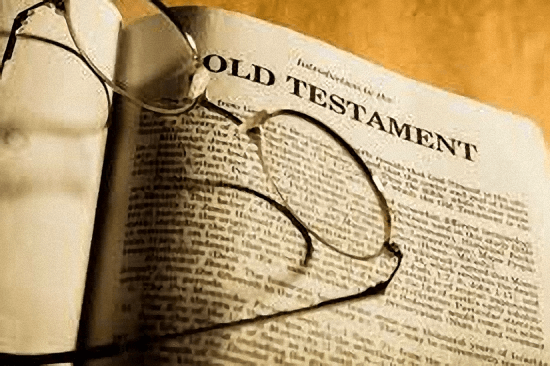 All scripture inspired by God

The indispensable nature of the Old Testament is concisely declared in a few words given by God through the apostle Paul when he said, “All scripture is given by inspiration of God”  (2 Timothy 3:16).  What are we to understand by the word ‘all’?  Surely, that the whole of the Bible has been produced by the process called inspiration.  That is, it has all been produced by God’s energy and power, moving selected men to speak and write his words.

By this method a unique and remarkable book was produced.   A book that despite its many human writers, teaches consistent messages and themes throughout its sixty six books.  The most notable example of this is the Bible’s teaching concerning Jesus Christ.  Although living in New Testament times, his life, nature and character are all revealed at length in the Old Testament as well as the New.

God made a general declaration through the apostle Peter that demonstrates this.  Peter, speaking of Jesus, says:

Jesus in the Old Testament

God has spoken about Jesus through his holy prophets, since the world began.  In fact, Jesus confirmed this for us himself by endorsing the writings of Moses as being as necessary and important as his own words.

“Then answered Jesus and said unto them...  For had ye believed Moses, ye would have believed me; for he wrote of me.  But if ye believe not his writings, how shall ye believe my words?” John 5:19,46-47

The apostle Paul’s writings inform us that the things promised by God in the Old Testament were confirmed by the gospel message taught by Jesus and the apostles.  Look at the following verses to see what we mean:

“And the scripture, foreseeing that God would justify the heathen through faith, preached before the gospel unto Abraham, saying, In thee shall all nations be blessed… Now to Abraham and his seed were the promises made. He saith not, And to seeds, as of many; but as of one, And to thy seed, which is Christ… And if ye be Christ's, then are ye Abraham's seed, and heirs according to the promise.”                           Galatians 3:8, 16, 29

The gospel in the Old Testament

People tend to think of the gospel as a New Testament thing, but the Bible tells us that the gospel was preached to Abraham in Old Testament times.  In fact we learn that other aspects of the gospel were even taught to Adam and Eve, the first man and woman, and David, a great king of Israel.  All of these characters lived in Old Testament times, hundreds or even thousands of years before Christ.  The gospel was preached to them in the form of promises made by God.  The marvellous thing is we can also be heirs of these promises as we have just read.

This is why these promises and therefore the Old Testament are of great importance and relevance to us.  We can be heirs of eternal life and the everlasting Kingdom promised in them.

The Apostle Paul also confirmed the importance of the Old Testament in some very clear and concise words:

“Having therefore obtained help of God, I continue unto this day, witnessing both to small and great, saying none other things than those which the prophets and Moses did say should come:” Acts 26:22

So Paul in his preaching (the record of which is now contained in the New Testament in our Bibles) was, he says, only confirming and speaking of the same things as were already revealed in the writings of Moses and the prophets.   He was in effect explaining and expanding on the Old Testaments teaching.

It is recorded by Luke that Jesus expounded to two of his disciples, the things concerning himself in all the scriptures of the Old Testament.

“And beginning at Moses and all the prophets, he expounded unto them in all the scriptures the things concerning himself.”  Luke 24:27

This is something that at first reading may appear to be impossible, that Jesus could explain himself in the Old Testament writings of Moses and in all the prophets.  But it is a fact that becomes more and more apparent and appreciated the more familiar one becomes with the Bible.  It is something that is only fully appreciated by a good knowledge of the Bible.  To a Bible student, Jesus can be seen in type (parallel lessons) throughout the Old Testament, from the book of Genesis through to Malachi – the first and last books of the Old Testament.

The apostle Paul spoke of,

“the holy scriptures, which are able to make thee wise unto salvation” 2 Timothy 3:15

Yet as the New Testament did not exist at this time, Paul could only be referring to the Old Testament.

The apostle Peter commended the Old Testament to his readers, encouraging them to keep  its writings in mind.

“This second epistle, beloved, I now write unto you; in both which I stir up your pure minds by way of remembrance:  That ye may be mindful of the words which were spoken before by the holy prophets, and of the commandment of us the apostles of the Lord and Saviour:” 2 Peter 3:1-2

It is, Peter says, necessary to keep in mind both the words of the Old Testament (spoken before by the prophets) and the teaching of the apostles contained in the New Testament.

The inter-dependency of the Testaments

As familiarity with the Bible increases, so does the understanding that the Old testament and New are complementary and supportive of God's message to mankind. Take one away and essential aspects of God's message are lost.

So many aspects of the gospel message taught in the New Testament have their basis on the Old. If the Old Testament is taken away the New becomes unintelligible.

There is a saying that well describes the relationship between the two Testaments.  It goes:

“The Old is the New concealed, and the New is the Old revealed.”

It is important to realise and accept that the Old Testament is indispensable to a full and proper understanding of the message of God to mankind.  The whole of the Bible contains the gospel message, and it can only be fully understood and appreciated when considered as a whole.  The Old Testament has by no means been superseded or replaced by the New Testament.  Rather, the two Testaments complement and confirm each other.   They reveal many marvellous themes running right through.  These in themselves are confirmation of a single mind behind the writing of the whole Bible – both Old and New Testaments.