What is a true Christian? 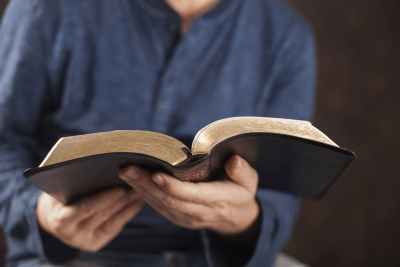 Since the first century A.D., Christianity has spread throughout the world, until today, it is claimed to be the principal religion in the West.  The majority of  so-called 'good  living  people', certainly in this country, profess to be “Christians”, and yet we ask, “What is a Christian?”!

The Oxford Illustrated Dictionary defines the word “Christian” as:

"A person believing, professing or belonging to the religion of Christ - a person resembling Christ or following or exemplifying his teaching"

What does the Bible say?

The word “Christian” in the Bible comes from a Greek word which simply means  “follower of Christ”.  it is therefore very clear that anyone wishing to be considered a Christian must know exactly how to follow Christ.

Jesus  said  to his disciples,

What are Christ's commandments?

These,  of  course,  are  far  too  numerous to detail individually,  but  a  continued  careful reading  of the scriptures will fully acquaint the discerning reader with the commandments laid down by Christ for his followers to obey.  However, there are several important commandments we can usefully consider relative to this question, “What  is a Christian?”.  We submit that any who do not comply with these commandments of Jesus, although perhaps being ‘good living  people',  cannot possibly be a “Christian” in the true sense of the word.

Nowadays, most Christian denominations disregard baptism (i.e., scriptural baptism, which is total adult immersion  -  not infant sprinkling) as unnecessary for salvation and teach that we only need to “believe  on the Lord Jesus Christ” to be saved.  However, Jesus himself plainly stated  that,

“He  that believeth and is baptised shall be saved” Mark 16:16

There is an example, recorded in the Acts of the Apostles,  of  a man named Cornelius who lived a very ‘good’ life. He is described as

“A devout man and one that feared God with all his house, which gave much alms to the people and prayed to God alway”.  Acts 10:2

Could he claim to be a true Christian?  The apostle Peter was sent to this man to instruct him concerning the commandments of Christ, and specifically to baptise him, because without his obedience in baptism, for all his piety, he could not be saved.

“Come out from among them and be ye separate"

Christ commanded his followers to keep themselves separate from the world, so that they could devote their lives to following him.

"Love not the world, neither the things that are in the world. If any man love the world, the love of the Father is not in him." l John 2:15

The important reason is given in the next verse.

Therefore, any association with the  world  is only a  distraction  and a hindrance in one’s service to God.

What of the true Christian?

A true Christian finds himself living in the world but not involving himself in it. As a result he is likely ridiculed and mocked by those around him for missed opportunities and failure to 'go with the crowd'.   But again,  Jesus prophesied of this state of affairs when he comforted his disciples with these words;

How should the obligations of a true Christian life affect us?

The whole of Christ's teaching revolves around how mankind can overcome the curse of death and live for ever in God's kingdom. It is made clear, as we have noted above, that eternal life is available only with conditions.

We can believe what we like, we can live a generally “good” life but can we still hope to be saved from death?  The scriptures make the position quite clear. There can be no compromise.

“He that saith, I know him, and keepeth not his commandments, is a liar, and the truth is not in him” l John 2:4
"Not every one that saith unto me, Lord, Lord, shall enter into the kingdom of heaven; but he that doeth the will of my Father which is in heaven." Matthew 7:21

What then of Christians today?

We have seen from God's word that any who wish to bear the name “Christian” must follow Christ in total obedience to him.  To give this complete dedication, a follower of Christ must be fully conversant with all that is required. We therefore recommend the example of a group of first century  disciples (Christians) who

“received the word with all readiness of mind, and searched the scriptures daily” Acts 17:11-12

“continued steadfastly in  the  Apostles’ doctrine and fellowship, and in breaking of bread and in prayers”. Acts 2:42