When will Jesus return? 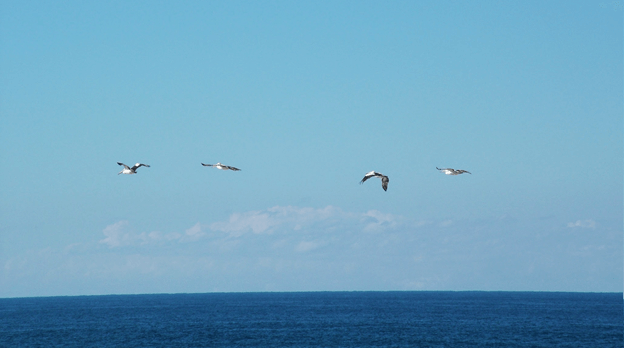 The title of this article suggests Christ’s return is a certainty – and we believe it is! There is enough evidence in the Bible to show that the purpose of God is to send his son Jesus back to the earth to be a king over a kingdom he will establish here. The prophet Isaiah in the Old Testament says of Jesus, that:

“For unto us a child is born, unto us a son is given; and the government shall be upon his shoulder: and his name shall be called Wonderful, Counsellor, The mighty God, The everlasting Father, The Prince of Peace. Of the increase of his government and peace there shall be no end, upon the throne of David, and upon his kingdom, to order it, and to establish it with judgment and with justice from henceforth even for ever. The zeal of the LORD of hosts will perform this.” Isaiah 9:6-7

During the life of Jesus as recorded in our Bibles, he was asked by Pontius Pilate, governor of Judea, if he was a king. He responded:

Of course, Jesus was never made king at that time, but was crucified in the most cruel way imaginable shortly after this exchange took place.

So if he didn’t take to the throne at that time, what did his words mean? He must have been talking about the future. The promise of the angels to Jesus’ disciples at the time of his ascension gives us the clearest promise:

“...this same Jesus, which is taken up from you into heaven, shall so come in like manner as ye have seen him go into heaven.” Acts 1:11

The state of God’s people

“The Lord is not slack concerning his promise… “ 2 Peter 3:9

Here Peter reassures us that God’s promise will be kept, although Jesus also made it perfectly clear to his followers that they were not to know the specific date and time:

However, we are not left completely in the dark as there are certain ‘signs’ described throughout scripture which consistently indicate when we might expect the fulfilment of this promise to finally take place. One of the most noticeable of these signs in our own day and age concerns the established state of the Jews, God’s chosen people (Ezekiel 34:30), who we have discussed extensively throughout this series. We have seen how the Jewish race has been scattered throughout the world and spent many centuries without a homeland. Yet in 1948 the State of Israel was declared, many Jews having returned to the land of Israel and since then the population of Jews in Israel has grown dramatically. This was foretold in exact detail in the Bible, many centuries before it happened, as we read in Ezekiel for example:

“...Behold, I will take the children of Israel from among the heathen, whither they be gone, and will gather them on every side, and bring them into their own land; And I will make them one nation in the land upon the mountains of Israel…” Ezekiel 37:21-22

Having this event take place in living memory provides us with a very real sign in the earth today of God’s word being fulfilled.

The state of the earth

There are other signs concerning the wider world at the time of Jesus’ return, such as its social and political state. Paul wrote to Timothy about these ‘last days’ and mentions that people would be

which has never been more true. Luke records other signs of the ‘last days’, with a symbolic description of the earth’s political distress at the time of God’s future intervention:

“And there shall be signs in the sun, and in the moon, and in the stars; [the political ‘heavens’] and upon the earth distress of nations, with perplexity; the sea and the waves [symbolic of nations] roaring; Men’s hearts failing them for fear, and for looking after those things which are coming on the earth… And then shall they see the Son of man coming in a cloud with power and great glory.” Luke 21:25-27

The following verse in Luke makes it very clear that these are the indicators we are to look for when awaiting the coming of Jesus Christ, saying that:

“...when these things begin to come to pass, then look up, and lift up your heads; for your redemption draweth nigh.” Luke 21:28

However, this coming of Jesus will only mean redemption for us if we read the Bible and follow its instruction on how to please God.

A call to action!

The whole of Christ's teaching revolves around how men and women can overcome the inevitable curse of death and live for ever in God's kingdom. Jesus not only brings this kingdom to the earth at his return, but is to be the divinely appointed judge to separate the faithful from the wicked. If we therefore wish to be judged faithful at his coming, we must learn from the Bible and in particular the instruction to us all that we should,

“...Repent, and be baptised every one of you in the name of Jesus Christ for the remission [forgiveness] of sins...” Acts 2:38

So, when can we expect Jesus to return? Each generation has thought that “...all things continue as they were from the beginning of the creation.” (2 Peter 3:4), but we have seen that these things could happen at any time, for as we read in the gospel of Matthew:

“…ye know neither the day nor the hour wherein the Son of man cometh.” Matthew 25:13

How urgent, then, is the call to take action and be ready! Events is the world suggest the return of Christ is very close!   So we urge you to respond to the wonderful hope offered in the Bible as it most certainly is time-limited. Delay too long and you may find Christ has returned and it is too late to do anything about it!