Who are the saints? 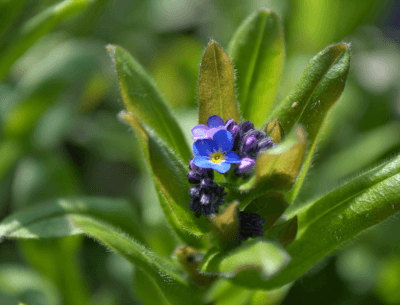 It is generally supposed that a saint is someone who, having led a blameless and pious life and worked a few so-called well authenticated miracles, is then honoured by the Pope (though not until he or she has been dead for many years!). Having been beatified and canonised such a one is then reverently alluded to as Saint Francis or Saint Cecelia etc.  It becomes a sort of honorary title.  This has everything to do with Roman Catholic tradition and nothing whatsoever to do with the Biblical meaning of the word ‘saint’. Both in the Hebrew of the Old Testament and the Greek of the New, the word translated ‘saint’ comes from a root word which means ‘sacred’ or separated.

God’s view is important! ‘Saint’ is used in scripture to describe those only who have taken decisive action to bring themselves into a different relationship with the Creator from the one they inherited by  birth. For example, the men and women who, after their acceptance of the doctrines preached by the Apostles, were baptised into Christ in obedience to his commandment, are addressed as ‘saints’ in almost all the letters to the churches.  Take the following as an example:

“Paul, an apostle of Jesus Christ by the will of God, to the saints which are at Ephesus... grace unto you and peace....” Ephesians 1:1-2

It will be found that, throughout the New Testament, this is the sense in which the word ‘saint’ is always used. It describes all those who have taken obedient action and have been baptised into Christ.  Below are a few examples of how the word 'saint' is used.

"Then Ananias answered, Lord, I have heard by many of this man, how much evil he hath done to thy saints at Jerusalem." Acts 9:13
"And it came to pass, as Peter passed throughout all quarters, he came down also to the saints which dwelt at Lydda." Acts 9:32
"Paul and Timotheus, the servants of Jesus Christ, to all the saints in Christ Jesus which are at Philippi, with the bishops and deacons." Philippians 1:1

"Paul, an apostle of Jesus Christ by the will of God, and Timotheus our brother, To the saints and faithful brethren in Christ which are at Colosse." Colossians 1:1-2

There are two states in God’s arrangement of things. Because of the sin of Adam, all mankind is born into a state of sin:

“We have before proved both Jews and Gentiles that they are all under sin” Romans 3:9

This birth ‘in sin’ is man’s misfortune, not his crime, and God has provided a way out of this situation for those who trouble themselves to discover what he requires of them.  Although, in the sight of God, “there is none righteous, no not one” (Romans 3:10), yet Christ, the Son of God, provided by God as a saviour,  has said:

All individuals are born into the world under the constitution of sin.  Just as, by birth, one is born British and is entitled to the privileges or otherwise that this may bring, so, in God's sight, all are born sinners and are under the condemnation which this brings - that is, death.  But a man may decide he no longer wishes to be British and may become an American.  He will do this by willingly obeying the conditions the American state has laid down and by swearing allegiance to the new constitution.  This is a fair analogy of the process by which a man may be changed from a sinner to become a saint in the sight of God.  This he does by baptism into Christ after agreeing to abide by the commandments laid down by Jesus.  By baptism, after belief of the truth concerning God's purpose with man and the earth, a person is constituted a saint.

We can see now how it is that being a ‘saint’ involves separation.  A man is constituted clean from the natural defilement of sin through a disposition to obey God in the fulfilment of the conditions which bring reconciliation with God - he is separated from that life of sin and dedicated to a life of obedience to God.  Such a man will still sin,  because it is his nature, but God has said that, provided he earnestly strives against the sin that comes so naturally to him, He will, for Christ's sake, forgive his sin, and look upon him as a righteous man - or a saint. His obedience has brought him into a new relationship with God, which will lead him to God's kingdom when the time arrives for it to be established on the earth.

The saints to inherit God's kingdom

This will take place at the return of Christ when he will raise from the dead and judge those made responsible to him by the knowledge of God's truth.  At the judgement seat, a disobedient saint will be rejected and punished along with the sinners

"And have hope toward God, which they themselves also allow, that there shall be a resurrection of the dead, both of the just and unjust." Acts 24:15
"For as the Father hath life in himself; so hath he given to the Son to have life in himself; And hath given him authority to execute judgment also, because he is the Son of man. Marvel not at this: for the hour is coming, in the which all that are in the graves shall hear his voice, And shall come forth; they that have done good, unto the resurrection of life; and they that have done evil, unto the resurrection of damnation." John 5:26-29
"And many of them that sleep in the dust of the earth shall awake, some to everlasting life, and some to shame and everlasting contempt." Daniel 12:2

However, there need be no cause for dejection among the faithful saints of God.  There is no reason why any should be rejected who earnestly strive to love the Lord and serve Him in faith.  They may look forward to the future with more confidence than the sinners of this world, being persuaded that,

“the wages of sin is death, but the gift of God is eternal life through Jesus Christ our Lord” Romans 6:23

Those who thus attain to eternal life will be exalted as kings and priests to reign with Christ on the earth (Revelation 5.9-10). The prophet Daniel wrote of this time which he saw in vision.

“judgement was given to the saints of the most High; and the time came that the saints possessed the kingdom” of God Daniel 7.22

These things are essential elements of “the faith which was once (for all time) delivered to the saints” (Jude 3).  The saints are they who heartily believe the gospel and seek to implicitly obey Christ’s commandments.

You can become one of their number by giving diligent attention to the word of God.