Why should we obey God? 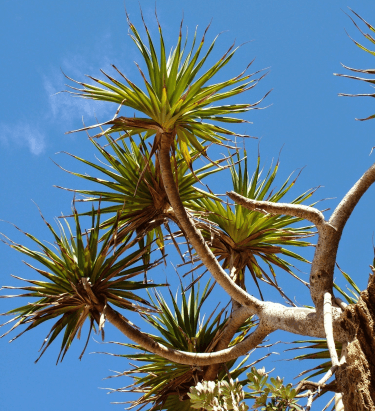 Obedience is not popular today.  It involves submission to authority and all authority today is questioned, and often not obeyed.  Sometimes there are good reasons to question human authority but we are concerned here with obedience to God Himself.   The God we refer to is the One who has made everything, the great Creator of heaven and earth.  If we believe that such a God exists - and there are very good reasons to do so - then surely, He must be the ultimate authority, deserving obedience.

God, the Creator Revealed in the Bible

This God has not left His creation in darkness.  He has revealed himself through the Bible, a book written by men under His inspiration.

The apostle Paul, when visiting Athens, was appalled by their worship of idols and spoke thus under the same inspiration:

“Forasmuch then as we are the offspring of God, we ought not to think that the Godhead is like unto gold or silver, or stone, graven by art and man's device.  And the times of this ignorance God winked at, but now he commandeth all men everywhere to repent” Acts 17:29-30

We are warned of God's capacity both to reward obedience and punish intransigence:

“Behold therefore the goodness and severity of God: on them which fell, (the Jews) severity; but toward thee, goodness, if thou continue in his goodness (ie. in obedience): otherwise thou also shalt be cut off” Romans 11:22

Should we take notice of these declarations or go our own way?

The Way to Worship God

Many have thought that we can serve this great God in any way we please and He will accept whatever we offer Him.  The Bible shows that it is very dangerous to try this.  In the very beginning, Cain, the first son of Adam brought an offering to God  which had clearly not been requested, whereas that of his brother Abel was.

"And in process of time it came to pass, that Cain brought of the fruit of the ground an offering unto the LORD. And Abel, he also brought of the firstlings of his flock and of the fat thereof. And the LORD had respect unto Abel and to his offering: But unto Cain and to his offering he had not respect. And Cain was very wroth, and his countenance fell." Genesis 4:3-5

Abel's offering was accepted and Cain's was not.  The lesson for us is that God must be approached in the way He has specified, not in a way we might devise ourselves.

Abraham Famous for his Obedience

Abraham lived in Ur of the Chaldees four thousand years ago.  He was comfortable and prosperous but childless and ageing.  God told him to move from Ur to an unspecified place and that his descendants would be a great nation.  Despite the apparent implausibility of this, Abraham obeyed God and moved into Canaan which land God then promised to him and his future seed.  It was to be more than twenty five years before Abraham's son was born to Sarah, his wife.  He was then a hundred years old and she ninety.  Throughout all the long years of waiting, Abraham had sustained his trust in God and his implicit obedience in Him.  His belief, or faith, was the root of his obedience and for this he has been declared “righteous” in God's sight.

"And being not weak in faith, he (Abraham) considered not his own body now dead, when he was about an hundred years old, neither yet the deadness of Sara’s womb: He staggered not at the promise of God through unbelief; but was strong in faith, giving glory to God; And being fully persuaded that, what he had promised, he was able also to perform. And therefore it was imputed to him for righteousness." Romans 4:17-22
The result of this righteousness will be, for him, resurrection from the dead; to be as the angels to die no more (Luke 20:37-38).  Surely obedience to God was important to Abraham!

It can be important to us also.

Jesus Christ was descended from Abraham through his mother though he was the son of God.  His obedience was complete.  Everything that he did or said was according to his Father's will.  He ultimately died in obedience to God:

“And being found in fashion as a man, he humbled himself, and became obedient unto death, even the death of the cross".  Philippians 2:8

"Wherefore God also hath highly exalted him, and given him a name which is above every name” Philippians 2:9

Thus to Jesus, God's “goodness” has already been shown in consequence of his perfect obedience.  He has already been raised from the dead as a forerunner of those who will follow him in obedience to his Father:

“For as by one man's disobedience many were made sinners, so by the obedience of one shall many be made righteous” Romans 5:19

Christ, the son of God and of Abraham has made a way for us also to escape this corruptible state and be raised to immortality as he was.  But this reward is for those who, like him, are obedient to God:

“(God) will render to every man according to his deeds: to those who by patient continuance in well-doing seek for glory and honour and immortality, (he will give) eternal life: but unto them that are contentious, and do not obey the truth, but obey unrighteousness (he will give) indignation and wrath” Romans 2:6-8

In summary: we should obey God because He has made us and has the power to reward and punish.  Let us be sure to find out what He requires of us and then to do it.  We will then have the prospect of joining Abraham and Christ in a resurrected state enjoyed upon the earth promised so long ago to Abraham and his seed, Christ and his resurrected followers.